Hailing from the diverse borough of Steelton Pennsylvania, David Coley was a rambunctious, nature-loving child. He spent countless afternoons constructing tree forts, fixing bikes and playing outside. David was raised by a single mother who gave her all to provide for her young sons. She instilled in then the principles of hard work and ambition, and encouraged David to seek greater opportunities than their small hometown offered. Between his junior and senior year of high school, he decided to enlist in the United States Air Force where his dreams could finally soar. In 1985, he was accepted into the Air Force Academy where he learned the art of aircraft maintenance and logistics. At 25, he proudly graduated as an officer.

Sharron Coley grew up in the urban inner city of Baltimore, Maryland. As a child she was extremely bright and exceptionally gifted. At seven years old, she boldly declared that she wanted to be a pilot. Fast forward a decade, an Air Force Academy Recruiter just so happened to be giving a presentation on the same day that she need an excuse to get out of a high school English test. Some would call it fate, but Sharron and David know it was all part of God’s perfect plan. Sharron enlisted in the Air Force and entered the academy where she fulfilled her dream of embarking on her career as a C-5 pilot. This is also where she crossed paths with the gentleman who would inevitably become the love of her life.

In 1990, both Sharron and David matriculated the U.S. Air Force Academy, which had only about four thousand students. Because the school was so small, most attendees knew each other. However, the pair didn’t meet until after Sharron graduated in 1992. She planned to catch a military flight to Europe that was departing from Dover Air Force Base, where David was living at the time. In true storybook fashion, the C-5 logistician and future C-5 pilot met on the terminal. They couldn’t have written a more fitting beginning if they’d tried. The romance began when the two flew to Randallstown, Maryland where David’s grandparents and Sharron’s mom coincidentally lived only ten minutes apart. In November of 1992, the couple officially began their courtship and happily tied the knot in October of 1994.

After marrying, David and Sharron had two beautiful children – a boy and a girl. While taking on parenthood, they continued their military careers but knew that one day they’d be faced with life after retirement. When David took interest in starting a business in hopes of creating financial freedom, Sharron was a bit hesitant but believed in her husband’s vision and agreed to put in the necessary work together. United, they stepped into the world of entrepreneurship. They knew that financial freedom was the key to opening many doors and opportunities to live the lives that they always imagined. With a spirit of determination and the will to succeed the Coley’s worked their way to entrepreneurial success.

Currently, the Coley’s reside in Northern Virginia where David, the now retired Colonel, is a Senior Logistician for Boeing. Sharron, currently a Lieutenant Colonel, continues her military service as a Reservist. Their two college-aged children have grown into supremely talented young adults who never fail to make their parents proud. Their oldest attends Clemson University where he studies business while their daughter is away at Virginia Tech majoring in nutrition. David and Sharron continue to build their business while inspiring others to do the same. Their ultimate goal is to share the ministry that you can overcome any obstacle with the willingness to put your back against the wall and develop both the internal fortitude and personal grit that it takes to succeed. 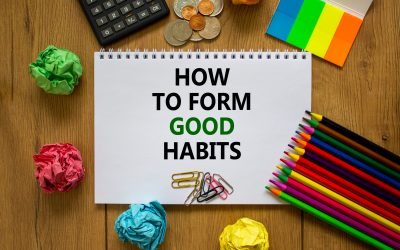 With everyone staying home during the pandemic, new habits were created, and let's face it, some older good habits went away. When stuck in an at-home routine, it can be difficult to start adding good habits back in your life, particularly when your favorite TV show... 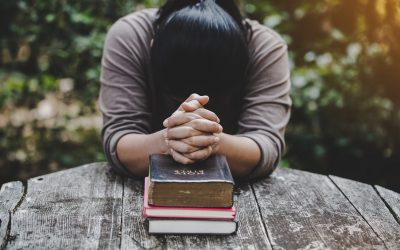 How to Strengthen Your Faith in Troubled Times

Strong faith is tested in times of suffering and when storms of life rise. Nobody is exempted from suffering in this world. Temptations keep on coming one after the other, and you might feel like throwing in the towel at some point.    However, there is a... 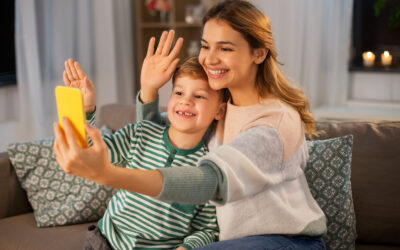 4 Ways to Stay Connected During COVID-19

Socially distancing, traveling nerves, and trying to stay home have made staying connected with family and friends a hard endeavor. However, trying to stay safe doesn’t have to leave you feeling socially isolated. There are many ways to keep your friendship and...